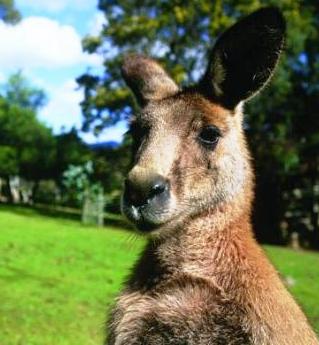 I am a trawloolway pairrebeenener man from trouwerna/lutrawita (Tasmania).  My partner's name is Lil, and we have two daughters: Erin and Gretel. Although we have our origins in Tasmania, we currently live in the south-east region of Melbourne.  After 20 years of ministry with the Uniting Church in Australia, I was in 2017 ordained deacon and priest in the Anglican diocese of Melbourne and now work as the inaugural Vice-Chancellor's Fellow in Indigenous Theology at the University of Divinity. This allows me to work on some research into Indigenous forms of Christian faith.

Before this, I was briefly the vicar of St Agnes' Anglican Church in Black Rock (2018-2020). Between 2016 and early 2018 I was a student and then curate at Sts Stephen and Mary Anglican Parish in Mt Waverley. For some of that time I was also a Turner Fellow at Trinity College Theological School. In 2015 I worked in a supply ministry at Monash Uniting Church in Clayton. In 2014 I worked as the Chaplain and Freemantle Fellow at Ormond College, University of Melbourne.  Between 2011 and 2013 I worked in a range of part-time and very short-term local church appointments. From 2009 to the end of 2010 I worked as the Professor of Worship and Preaching in the Uniting Church's Centre for Theology and Ministry within the University of Divinity.  The position was unfortunately axed after only two years.  In 2008 I enjoyed working as a supply minister at St. Columba's Uniting Church in Balwyn and tutoring in theology at the Australian Catholic University.  Between 2004 and 2007, I was pastor to the community at St. Luke's Uniting Church in Mount Waverley.  I went to St. Luke’s after completing a PhD in theology at Monash University.  While studying, I also shared in the pastoral leadership of the South Yarra Community Baptist Church.

Before the PhD I worked for three years as a parish minister in Devonport, Tasmania. The time of preparation for the pastoral ministry included a degree in theology with Whitley College and the Melbourne College of Divinity, as well as participation in a number of faith communities.  These included  St. David's Church in Collingwood and the House of the Gentle Bunyip  in Clifton Hill.  There we worked and prayed with others as the Community sought to care for people who suffer from schizophrenia.  The people of the Bunyip continue to hold a special place in our hearts.

Before that, I was a teacher at St. Michael's Collegiate School in Hobart,Tasmania.  I also tutored at the University of Tasmania, teaching education students about Tasmanian Social History and Medieval Romance.To qualify as a teacher, I studied at the University for a degree in literature and a diploma in education.  While on campus, I was involved with student politics, and worshipped at Taroona Baptist Church.  It was during these University days that I fell in love with Lil.  We were married on December 23, 1989, and nested in a yellow house in the foothills of Mt. Wellington.

I grew up on pannilerpunna country in Sheffield, lutrawita, with my Mum, Dad, brother and two sisters.  And thought about God quite a lot of the time.

I like to swim, read, walk, and watch art-house and foreign-language films. Occasionally I toy around with the web.  Feel free to drop me a line sometime by sending an email to garry [at] christologia [dot] net.

BACK TO THE TOP